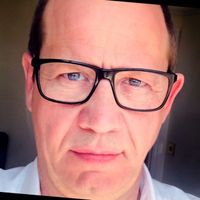 High Street FX dealer, Travelex, allegedly paid $2.3 million in ransomware in January this year but it wasn't gangsters that brought this once mighty business to its knees.

The FX market has seen enormous innovation over the past few years with new entrants that have delivered pre-paid currency cards, low cost FX, B2B cloud services (like CurrencyCloud) and more. Travelex, with its high street presence appears to have been out-innovated.

That's what happens when companies miss the zeitgeist. Travelex might well have offered highly competitive FX rates, but that's not how I perceived them. My chimp brain tells me that smart people book currency online and dunderheads get clipped at the airport. Might not be true, but that's what I have ingrained. The solution would have been an integrated campaign to change market perception.

I know about this because, I've been there too. I was leading and manufacturer/wholesaler in the early noughties as Alibaba was growing. The bigger they got, the smaller advantage our deep links into China gave us. We were literally the frog in the saucepan. We didn't notice change until it was too late. Such is the innovator's dilemma.

I feel deeply sad for the 1,400 people who have lost their jobs this week, but I'm hopeful that such well-educated and experienced people will start exciting new chapters in their lives.

Foreign exchange firm Travelex has collapsed into administration, with the immediate loss of more than 1,300 jobs. Advisory firm PwC has been appointed to carry out a restructuring deal with the administrators saying that the impact of a cyber-attack in December and the ongoing pandemic had “acutely impacted the business. Catch-up: Foreign exchange firm Travelex has struck a rescue deal to stay afloat, but with the loss of 1,300+ UK jobs.

Its shops on the high street that were closed during lockdown, as well as some airport branches, will not have their doors reopened https://t.co/r9AATcpEqM

Digital marketing is accelerating – so what’s next?
Anonymous

For plans and pricing, please contact our sales team at sales@passle.net

Sorry, you don't have permission to repost or create posts.

Your repost is currently a draft. Review your repost and request approval.

Sorry - this is not an option. This post already exists in the Passle you have selected.

Try reposting to another Passle.